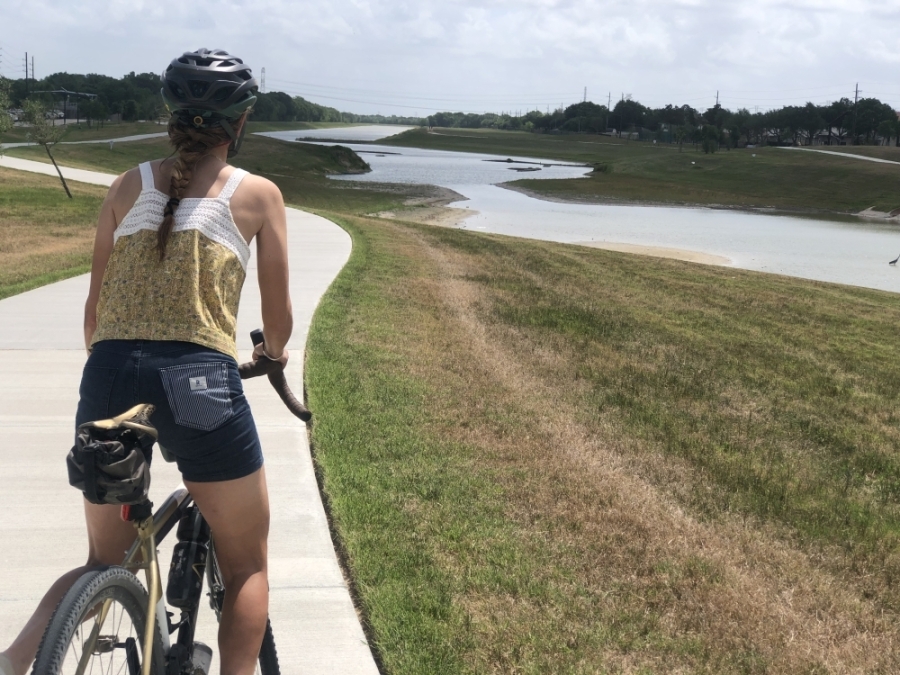 The city of Katy is dedicating resources to a more robust parks program due to funding from the 2021 parks bond and the parks, trails and recreation master plan in an effort to improve residents’ quality of life.

The city of Katy is in the midst of a collaborative effort to construct its parks, trails and recreation master plan. The plan will build on several ongoing parks projects that aim to connect the community and improve the quality of Katy’s parks system, city officials said.

Parks and Recreation Director Kevin Browne, who took on the role in July 2021, said the parks master plan is the second-highest priority for Katy City Council this year, second to the comprehensive plan that will construct a plan for city’s next two decades.

“Traffic is not going to get any better,” Browne said. “We need to look at ways that we can address mobility beyond just the traditional built roads.”

The parks department aims to create more programs to serve residents of all ages and encourage connectivity within the community and among the government entities that have jurisdiction in the Katy area, according to the master plan overview. The parks plan is expected to be completed by August.

Meanwhile, four projects to improve existing parks facilities are pending the approval of the city’s master plan, including the new Leyendecker Landing recreational area, a 3- to 5-mile trail system and the 3B Learning Center. Some of these projects are funded by the city’s $6 million parks bond approved in May 2021.

“With that, we will have a road map for the next 20 years as to how the city should grow,” City Administrator Byron Hebert said.

One of the main functions of the parks plan is to address the developments within the parks and recreation system and implement projects from the 2021 parks bond—which Hebert described as the most intentional legislation for parks funding in his over 20 years of service to Katy.

The bond provided $4.2 million to create a trail system, rebuild or repurpose the parks maintenance staff building at Katy City Park and provide renovations to existing parks, Hebert said. The other $2 million will go to improvements to municipal buildings.

Other ongoing improvements, such as renovating the fields and courts at Katy City Park, are being funded by the fiscal year 2021-22 budget, Hebert said. A capital project funded by the parks budget is the conversion of a 5.5-acre property on Franz Road into the 3B Learning Center. It will provide offices to the parks and recreation staff, and the back acreage will serve as a bees-, butterflies- and bird-watching station and outdoor education center, Browne said.

“It is going to be a unique space that fills a need in a way we do not currently have,” Browne said.

Ideally, Browne said, the offices and learning center will open to the public in the fall, but it is too early for an exact timeline since it is pending the finalized parks master plan.

“The architectural design process just started in late April,” Browne said. “That will determine a projected cost for the office renovation and how soon we are able to move forward with construction documents, bidding and construction.”

Leyendecker Landing, a 68-acre site located opposite of the ponds at the corner of Pitts and Morton roads, will be funded partially by the parks bond and partially from local and national grant opportunities pending the adopted parks plan, Browne said.

David Kasper of ARKK Engineers, the firm developing the new recreation area, said the company does not yet have specifics on the scope, cost or timeline of the project but did describe the site’s concept.

“The visual theme of the park will be based on a working farm,” he said. “Amenities will include walking trails and boardwalk trails with a focus on encouraging waterfowl habitat and viewing opportunities.” The space will serve as both a drainage area and recreation field, Mayor Pro Tem Chris Harris said.

City officials said the goal is for Leyendecker Landing to serve as the trailhead for the largest portion of the 2021 parks bond: the $4 million, 3- to 5-mile hike and bike trail system that will go from the city’s center at First Street up to where Leyendecker Landing will be.

The new trail system will connect Katy’s parks to neighborhoods, businesses and the city’s recreation amenities as well as create multimodal mobility options throughout the city, Browne said.

“The trails system [will] create opportunities for mobility and access outside of people having to drive,” he said.

Morzhueva’s advocacy led her to the Willow Fork Drainage District, a water control and improvement district in the Katy area that maintains outfall drainage facilities and contains 13 municipal utility districts in Fort Bend and Harris counties.

The WFDD implemented its own parks plan and passed a $29 million bond in 2011 to build three parks and 50 miles of trails in its jurisdiction.

WFDD President Wendy Duncan said it is important to maintain relationships among Katy-area entities to make shared infrastructure, including trail systems, more fluid. She said she hopes to one day combine WFDD trails and Katy trails for a continuous ride from Katy to Houston.

“I would love for the Katy system to be connected into our system,” Duncan said. “We could have the ability to go from the city of Katy or the Katy Boardwalk to downtown Houston. If we could provide more opportunities and safe passage for [commuting by bike], that would be the vision for 10, 20 years down the road.”

May 19 2022
By: Office of the Governor Governor Greg Abbott today held a press conference where he announced that Texas has won Site Selection magazine's Governor's Cup for a record-shattering tenth year in a row. The award highlights top-performing states for job creation and capital investment. The Governor was joined for the announcemen...Continue Reading 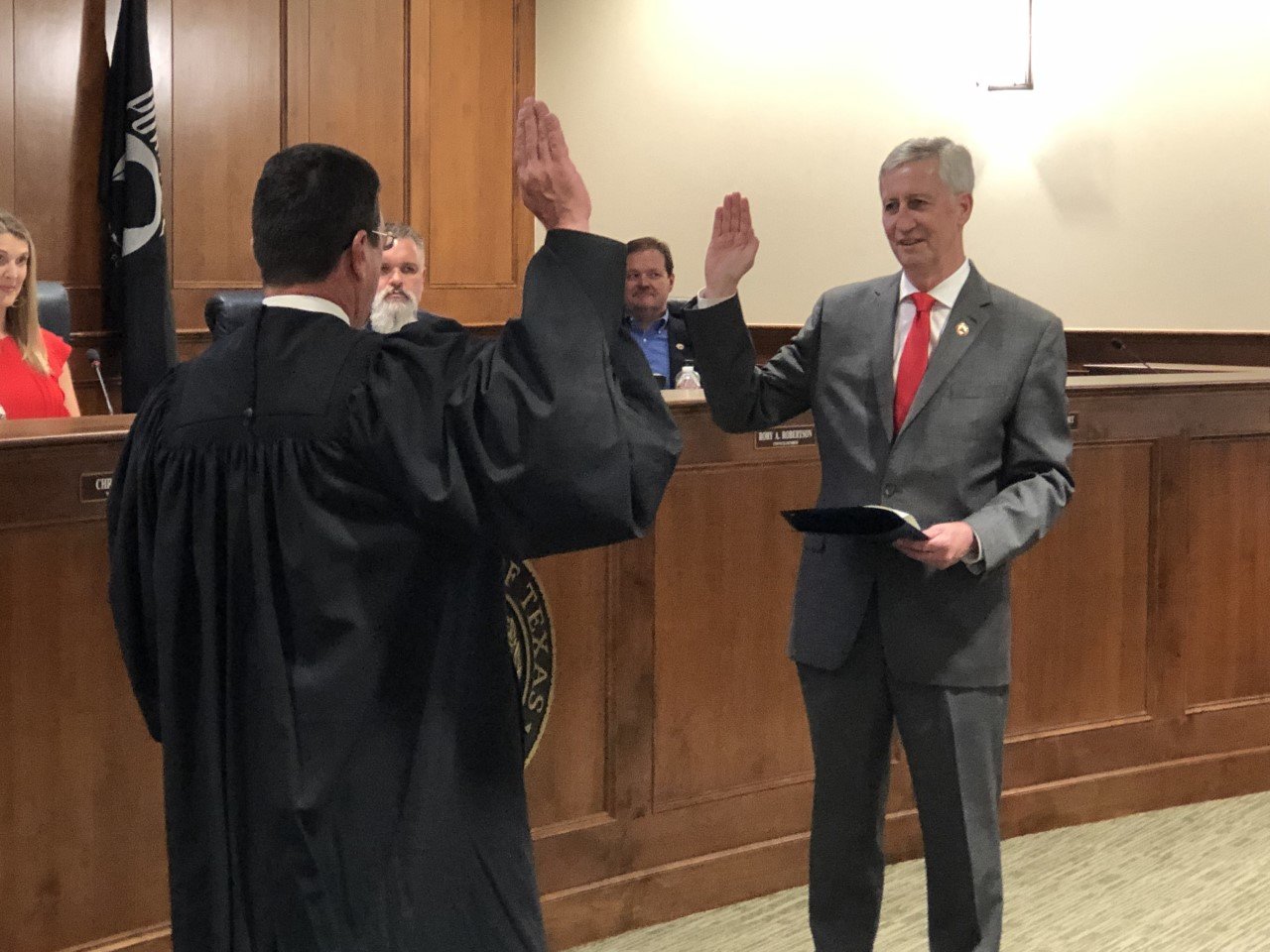 May 16 2022
By: George Slaughter - Community Impact Insurance executive William “Dusty” Thiele became Katy’s 17th mayor Friday in a swearing-in ceremony at City Hall. In remarks made after he took his place in the mayor’s chair, Thiele jokingly thanked everyone who voted for him. The overflow crowd in the council chamber laughed, as Thiel...Continue Reading

May 10 2022
By: Jishnu Nair - Community Impact The Houston-Galveston Area Council, which serves as the metropolitan planning organization for the Houston region, is taking public input for the 2045 iteration of its regional transportation plan. The organization said in a May 3 press release that it would host in-person meetings throughout the metr...Continue Reading