Newcomers Dan Smith and Gina Hicks have been elected to serve on Wards A and B, respectively, of the Katy City Council, according to the unofficial final results.

The seat is currently held by Council Member William "Dusty" Thiele, who was appointed in November to fill a vacancy and did not seek re-election.

Additionally, the majority of Katy residents who voted in the election cast their ballots in favor of a $6 million bond package that will help connect residents throughout the community to downtown and fix buildings in need of repairs.

According to the unofficial final results, 936 residents or 71.12% of voters, voted in favor of Proposition A, which has a $1.8 million price tag and is focused on funding public safety projects and improvements to city buildings, and 380, or 28.88% of voters, voted against it.

Similarly, 874 residents or 66.26% of voters voted in favor of Proposition B, which has a price tag of $4.2 million and is focused on parks, and 445, or 33.74%, voted against. If approved, funds would go toward city park improvements, including the creation of a hike and bike trail system and the construction of a parks administration building.

All results are unofficial until canvassed. Visit communityimpact.com/voter-guide/election-results to see results from all local elections in your community.

May 3 2021
By: Morgan Theophil - Community Impact All four propositions making up Katy ISD's $676.23 million bond package received support from voters in the May 1 election, according to the unofficial final results. The bond package will fund more than 400 projects across the district, including the construction of five new schools, majo...Continue Reading 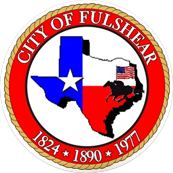 Apr 23 2021
By: Claire Shoop - Community Impact To improve mobility in downtown Fulshear for both cars and pedestrians, the city, along with Fort Bend County, is working to convert Wallis and Main streets into a one-way pair. A one-way pair, also called a couplet, is two parallel one-way streets often used in downtow...Continue Reading

Apr 23 2021
For the first time in over a year, Katy Area Economic Development Council welcomed members and guests for an in-person general assembly meeting while adhering to COVID-19 safety guidelines. The meeting, which was hosted by Embassy Suites by Hilton Houston West-Katy, was headlined by presentations from Aaron Groff, Mayor o...Continue Reading