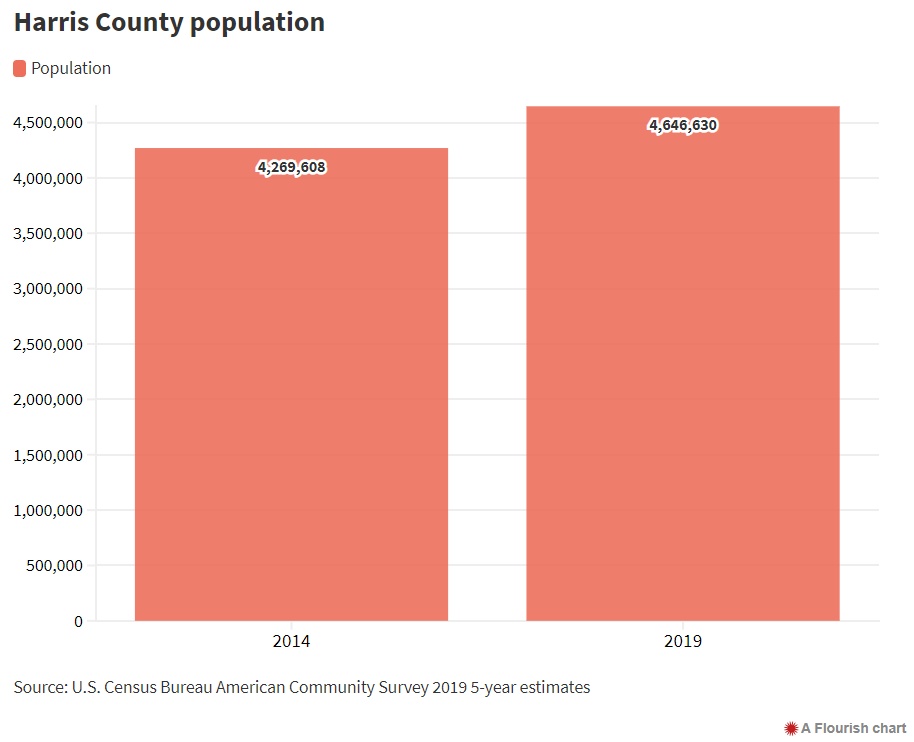 From 2014-19, Harris County’s population grew by 8.8%—slightly more than the state’s overall 8.3% growth in population, according to new data released by the U.S. Census Bureau on Dec. 10.

Texas exceeded the county, however, in its increase in the median household income in the time frame of 2014-19 with 17.1%, compared to 14.6% in Harris County

When it comes to demographics, Hispanic and Latino residents make up the largest portion of Harris County at nearly 43%, followed by white residents, who make up 29.6% of the population. All of these demographic populations either stayed the same or grew in Harris County over the last five years except the white population, which decreased from 32.1% in 2014. 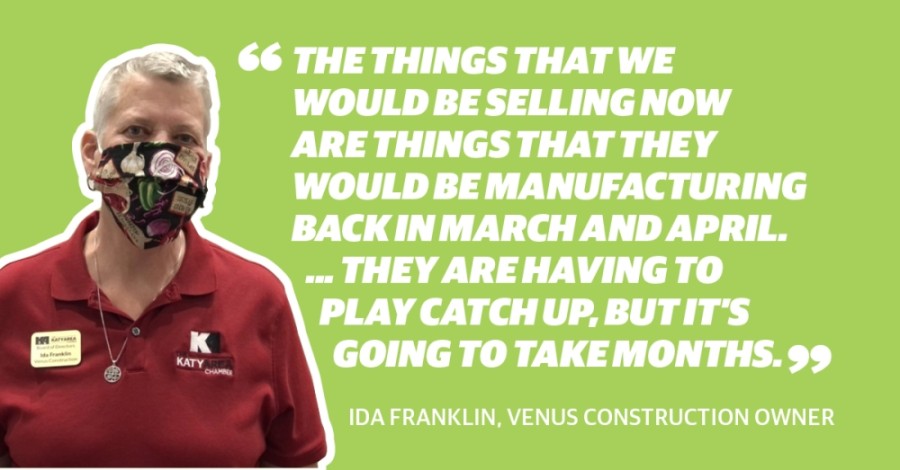 Dec 2 2020
By: Nola Z. Valente - Community Impact Earlier this year, Meredith Lanning, owner of Pinot’s Palette in Katy, told Community Impact Newspaper she was taking measures to be extra sanitary and maintain social distancing rules in her classes at the beginning of quarantine; she even suspended in-studio classes for a while. Eigh...Continue Reading