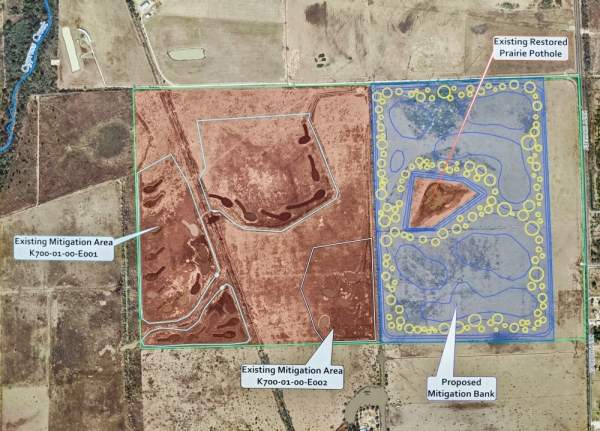 The Harris County Flood Control District will soon start construction on a new flood mitigation project that will benefit the Katy and Cy-Fair areas.

The district plans to break ground this spring or summer on the Katy Hockley Wetlands mitigation bank, located near the intersection of Katy Hockley and House and Hahl roads in Cypress, according to a Feb. 6 public meeting held at the Richard & Meg Weekley Community Center.

HCFCD expects the U.S. Army Corps of Engineers to approve the design plans any day, said Rick Howard, a project manager and ecologist with SWCA Environmental Consultants. Once approved, HCFCD plans to solicit construction bids in February and construction will take about 12-14 months.

Funded by the 2018 voter-approved flood bond, the approximately $4.5 million project will restore about 150 acres of wetlands, which are transitional zones between dry land and water, said Howard and Jonathan Holley, HCFCD's environmental services department manager.
This mitigation bank will allow HCFCD to pursue other flood mitigation and drainage projects in the Barker and Addicks reservoir watersheds—such as detention basin along South Mayde creek—that will damage wetlands, Howard and Holley said.

Projects within the U.S. Army Corps of Engineers jurisdiction that damage wetlands cannot be pursued unless new wetlands are created, Howard said.

“The Corps has been charged with what they call a no-net-loss standard, which basically says that whatever ... wetland functions [that] are destroyed for a project, [they have] to be mitigated,” Howard said. “What this mitigation bank does, or was intended to do, was provide that mitigation for specific watersheds in Harris County.”

Essentially, by creating the Katy Hockley Wetlands mitigation bank, the HCFCD builds up credits with the Corps: When another HCFCD project cannot avoid destroying wetlands, the HCFCD will have wetlands ready to replace the destroyed wetlands.

Wetlands are important because they provide key functions such as storing rainwater, improving water quality and providing habitat for wildlife, Howard and Holley said.


Once project construction has completed, the HCFCD will obtain a conservation easement with the Katy Prairie Conservancy to ensure the property will never be developed, Howard added. 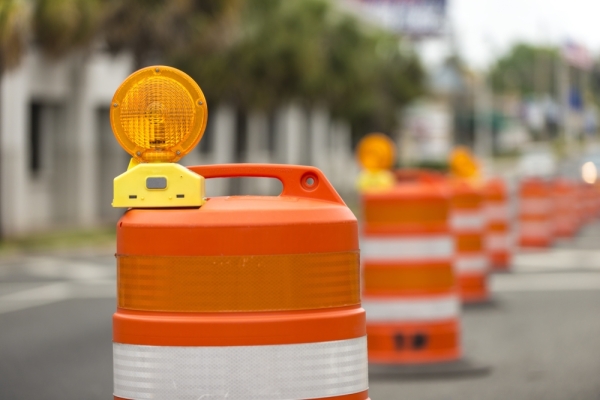 Feb 11 2020
By: Jen Para - Community Impact The Fort Bend County Engineering Department will soon begin construction on a road in Katy. The county plans to break ground in March on a project to widen Cane Island Parkway between I-10 and FM 1463, said Ike Akinwande, an assistant engineer with Fort Bend County...Continue Reading 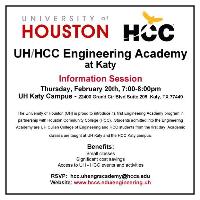 Feb 5 2020
An exciting new Engineering Academy has been created to begin Fall 2020.  We would like to invite everyone to attend an Information Session on February 20th.  Representatives from the University of Houston and Houston Community College will share more details about the partnership and its benefits.  Please forward this informatio...Continue Reading