WHEREAS, the State of Texas is calling for funds to expand Texas Water Development Board programs to leverage federal and local drainage infrastructure projects; and

WHEREAS, both Houses of the 86th Texas Legislature passed Senate Bill 7 and House Joint Resolution 4 without opposition; and

WHEREAS, Senate Bill 7 and House Joint Resolution 4, along with Senate Bill 500, will provide $793 million for a Flood Infrastructure Fund and approximately $1.2 billion for other recovery and flood control programs; and

WHEREAS, House Joint Resolution 4 will appear as Proposition 8 on the November 5, 2019 ballot and ask voters to consider, “The constitutional amendment providing for the creation of the flood infrastructure fund to assist in the financing of drainage, flood mitigation, and flood control projects;” and

WHEREAS, the Texas Water Development Board will administer funding from the Flood Infrastructure Fund;

NOW, THEREFORE BE IT RESOLVED THAT THE KATY AREA ECONOMIC DEVLEOPMENT COUNCIL SUPPORTS TEXAS PROPOSITION 8 CALLING FOR THE CREATION OF THE FLOOD INFRASTRUCTURE FUND.

Adopted by the Katy Area Economic Development Council this 24th day of October, 2019.

WHEREAS, the Houston Metropolitan Transit Authority (“METRO”) has proposed a $3.5 billion bond proposition to support a $7 billion regional plan (“METRONext Plan”) that will provide various investments in regional transit, including a bus rapid transit and other improvements in a “West Houston Corridor” which includes the Katy area; and

WHEREAS, the West Houston Corridor provides a potential elevated high-capacity transit route that will allow more people to move more quickly around some of Greater West Houston’s largest employment centers, including the Katy area; and

WHEREAS, METRO has worked diligently to listen to and address public concerns;

NOW, THEREFORE BE IT RESOLVED THAT THE KATY AREA ECONOMIC DEVELOPMENT COUNCIL SUPPORTS THE METRONEXT PLAN AND PROPOSITION ON THE NOVEMBER 5, 2019 HARRIS COUNTY BALLOT.

RESOLUTION OF SUPPORT OF THE NOVEMBER 5, 2019 BOND ELECTION IN FORT BEND COUNTY

WHEREAS, the Katy area is one of the fastest growing school districts in Texas and in the United States and will exceed 550,000 in population by the year 2035; and

WHEREAS, Fort Bend County has experienced seven of the top 10 daily rainfall events recorded in the last seven years; and

WHEREAS, Fort Bend County Commissioners’ Court has determined that a critical need exists to repair and improve the county drainage system and enhance flood mitigation related to past, current and future rain events and funding such projects from the county’s general fund will not allow sufficient investment to be achieved in the near term; and

WHEREAS, Fort Bend County Commissioners Court approved the proposed flood repair, control and mitigation project list on August 13, 2019 and called for an election to take place on November 5, 2019 for the purpose of submitting a proposition for the issuance of general obligation bonds in the amount of $82,900,000; and

WHEREAS, voter authorization of $82,900,000 in general obligation bonds will produce $268,900,000 in Fort Bend flood related repairs and mitigation accessing over $186,000,000 of combined federal and state dollars set aside for such efforts; and

WHEREAS, the proposition can be implemented without an increase in the county tax rate;

NOW, THEREFORE, BE IT RESOLVED this the 9th day of October 2019, that the Katy area Economic Development Council Board of Governors supports the passage of the Fort Bend County flood related bond proposition on November 5, 2019.

Oct 21 2019
On Tuesday, October 15 Katy Area Economic Development Council hosted its monthly General Assembly meeting at the Embassy Suites West Houston-Katy near Park Ten. The meeting was highlighted by David Hagy of Texas Central Railway, the organization which is developing the bullet train project connecting Houston and Dallas.   Hagy, who made ...Continue Reading 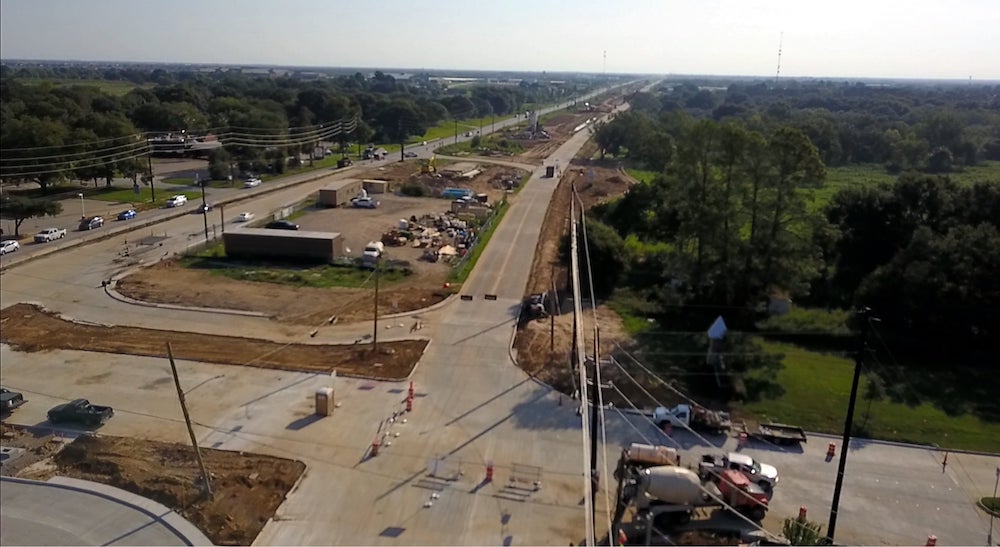