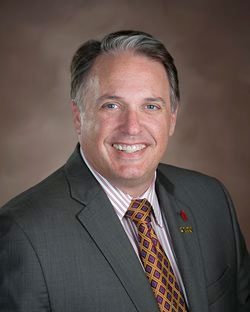 LaCour will assume his position with Partnership Lake Houston on November 1 after more than 16 years leading the Katy Area Economic Development Council. During his tenure in Katy, he helped attract thousands of jobs to the Katy area through robust expansion and business attraction projects. Since he began leading the organization in 2005, the area has experienced fast population growth, nearly doubling in size.

According to Armstrong, the Partnership is looking forward to LaCour bringing his experience in leading a successful, privately funded economic development organization to the Lake Houston area.

“Lance is very well-known and respected throughout the state and the country for his success with growing jobs and attracting capital investment to his community,” Armstrong said. “Over the years, we’ve watched him grow the council in Katy from the early phases to a power-house economic development organization.”

Partnership Lake Houston is a 501c6 private, nonprofit chamber of commerce and economic development organization established in 1923. The Partnership works to help businesses and the economy grow in the northeast Harris County communities of Humble, Kingwood, Atascocita, and Summer Creek.

Aug 31 2021
The U.S. Small Business Administration today announced a moratorium on the requirement that participants in SBA’s 8(a) Business Development Program must establish a bona fide place of business in a specific geographic area in order to be awarded any construction contract through the 8(a) Program due to the ongoing challenge...Continue Reading