Could infrastructure investment swing the heavy lumber in a comeback from the COVID-19 deficit? If so, there are a few places already poised to leverage past momentum to their competitive advantage.

The third annual Global Groundwork Index rankings — a result of Site Selection’s exclusive collaboration with infrastructure advisory and events firm CG/LA in Washington, D.C. — offer a snapshot of which territories are seeing concurrent strong investment trends in infrastructure projects and corporate end-user facility projects. Cross-pollinating raw project data from Site Selection’s Conway Projects Database (for corporate projects) and CG/LA’s similar infrastructure database, we index cumulative and per-capita calculations for nations and for U.S. states to arrive at the rankings presented here. In addition, we offer separate lists ranking countries and states by infrastructure investment metrics only, thus highlighting regions ripe for further investment in and around that growing framework.

In terms of countries, the United States this years usurps the No. 1 spot held last year by Canada. The rest of the top 10 stays much the same. But Bahrain has shot up from No. 9 to No. 6. Costa Rica reappears in the upper echelon after a year off the list. And Ireland bursts onto the scene for the first time in our three years of creating this unique index.

Brazil drops off the top 10 completely (to No. 12) after ranking seventh last year, and drops off the infrastructure opportunity list too, after ranking No. 1 last year. Apparently, even a roster of 238 infrastructure projects (headed toward private partnership in droves) and booming FDI in 2019 have a hard time keeping up with the needs of 205 million people — by comparison, the United States, with 319 million people to serve, has a list of 1,073 infrastructure projects tracked by CG/LA. Meanwhile, four new countries pop into the top 10 for infrastructure opportunity: No. 5 Bahrain, No. 7 Panama, No. 8 Norway and No. 10 Nicaragua.

At the U.S. state level, Texas (as it’s done before in other rankings in these pages) remains No. 1 in the Global Groundwork Index, with neighboring Louisiana hot on its heels. The biggest mover is Arizona, up to No. 3 from No. 6 last year. The rest of the top 10 are repeats except for Florida, which makes the list for the first time at No. 10, bumping off Iowa.

As for purely infrastructure-oriented opportunity, Nevada rises four spots from No. 10 last year to No. 6, in a tie with neighboring Utah, which rose from No. 8. 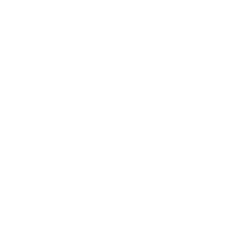 Sep 1 2020
Workplace Preparation Webinar and Q&A Session Thursday, Sept. 10 at 10 a.m. We have received many questions from employers about best practices for return-to-work, and testing in particular. Join Dr. Victor Fainstein and Brett Brosseau in an open question and answer session. We'll start by answering those questions that we see the mos...Continue Reading