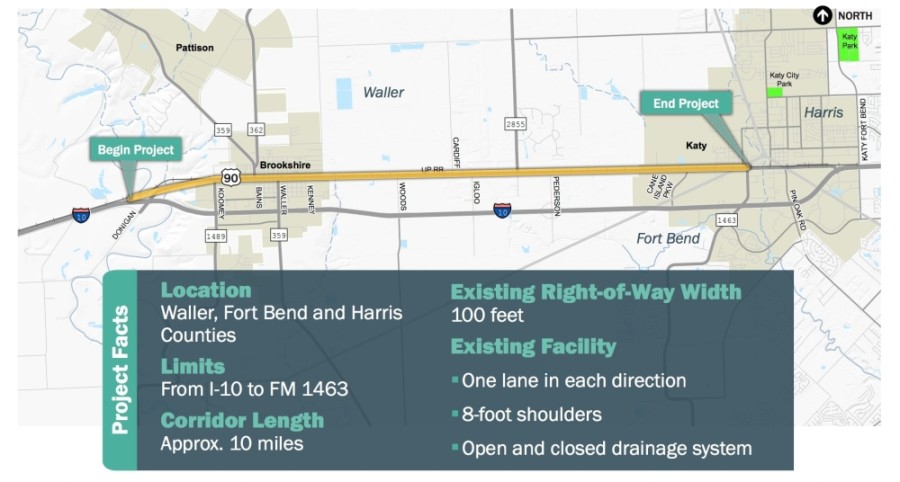 Hwy. 90, which runs parallel to I-10, may receive road improvements in the future.

The Texas Department of Transportation published a prerecorded virtual public meeting July 28 regarding proposed changes—intended to improve mobility and safety—to 10 miles of the roadway between FM 1463 near Brookshire and I-10 in Katy.

If the $113 million in federal funds are secured, construction would start in 2025, according to the presentation. And estimated completion date was not provided.

The existing Hwy. 90, excluding a section within the city of Brookshire, is a two-lane undivided roadway for traffic in both directions with no pedestrian or bike lanes.

TxDOT proposes expanding this part of Hwy. 90 into four lanes, with two lanes for each direction; and adding a median, lanes for bikes and pedestrians, and dedicated turn lanes at intersections. Drainage improvements have also been proposed.

There are two choices TxDOT can pursue for these improvements.

The first alternative proposes creating a 12-foot bikeway on the north side of the road and a 6-foot sidewalk on the south side. This would widen the right of way to 120 feet and create no displacements.

The second alternative proposes creating two 10-foot shared-use paths on both sides of the highway. This would widen the right of way to 135 feet and create three business displacements.

Within the city of Brookshire, Hwy. 90 between Bains to Kenney streets is an existing four-lane roadway with two lanes in both directions; it also has shoulder parking and sidewalks on the south side.

TxDOT has proposed adding a center turn lane and a shared-used path for cyclists and pedestrians on the north side of the road. The south side parking and sidewalks would remain as they are.

More information about the proposed project is available on TxDOT’s website. The public may submit feedback about the project until Aug. 12.

After the comment period closes, TxDOT will review the feedback, create a summary and publish it online. Then, the department will refine the schematics with additional environmental evaluations before presenting a recommended alternative for the public to review again. After that, the project must be approved, funding must be secured and rights of way must be acquired before construction can begin.

Jul 29 2020
TINTON FALLS, NJ - July 29 –Texas is the state with the Best Business Climate and Virginia tops the chart of Cybersecurity Leaders in Business Facilities' 16th Annual Rankings Report, released this week. Texas, BF’s 2019 State of the Year, adds to its unmatched portfolio of top awards and rankings fro...Continue Reading 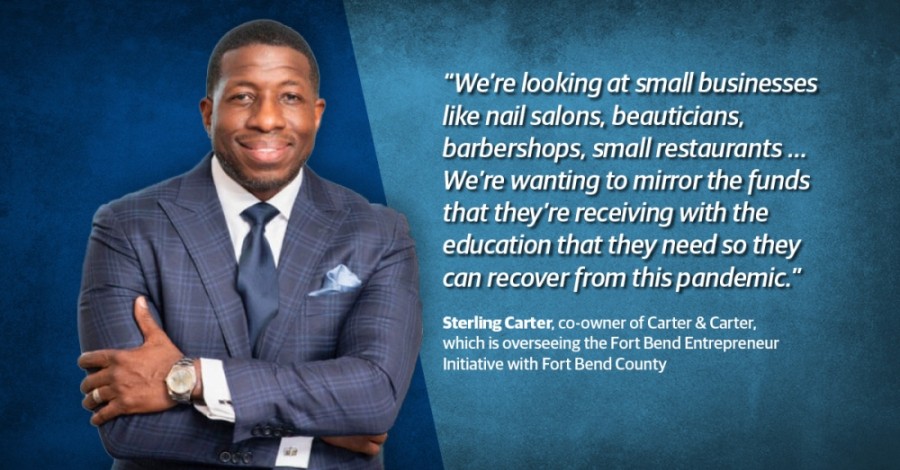