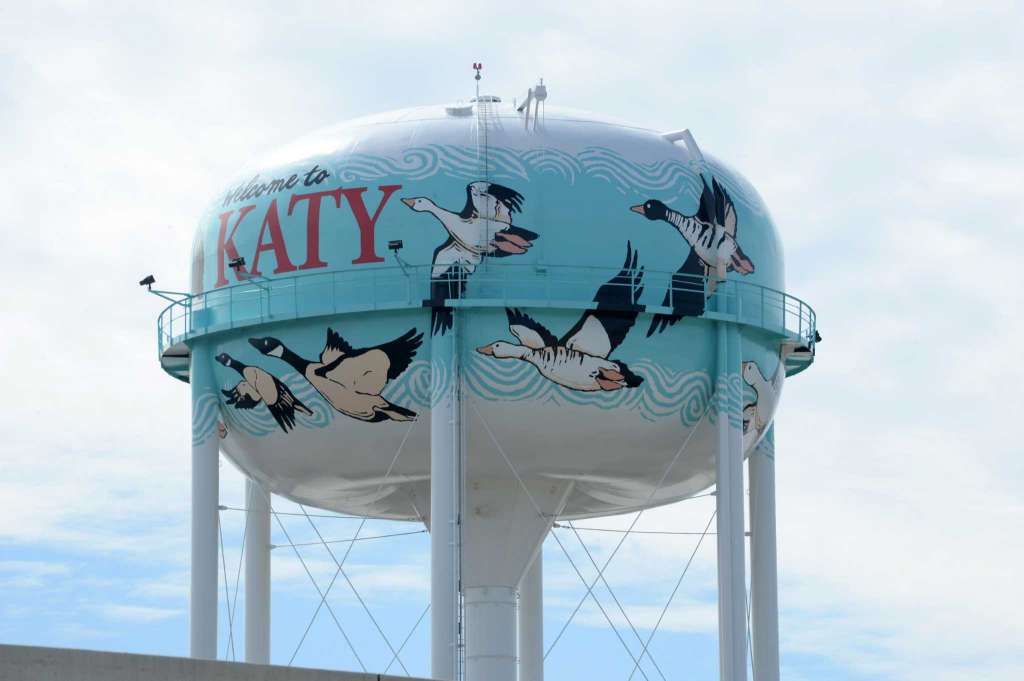 The iconic geese murals that adorn the City of Katy’s municipal water tanks will soon have a matching water tank on Franz Road. At Monday’s city council meeting, the council unanimously voted to approve the painting of a similar mural for the water tank located at 6801 Franz Rd.

The city has authorized the hiring of Rolf Goetzinger of Artistbrothers to paint the mural on the 500,000 gallon elevated storage tank. Goetzinger also painted the other two towers. City council also authorized the use of $60,250 in water and sewer reserve funds to fund the project.

The new water tower mural will feature the same image as the other painted towers: a flock of black and tan geese in flight against a light blue sky with the word “Katy” in a bright red font. In 2018, the water tower won the “Water Tank of the Year” design contest from Tnemec, a company that sells water tank coatings throughout North America.

According to Kayce Reina, Director of Marketing and Tourism for the City of Katy, Goetzinger, who paints the murals with his brother, Peter Goetzinger and nephew, Orion Goetzinger, is one of the few artists in the country that is capable of painting a mural on a 500,000 gallon water tank. The Goetzingers are based in Washington. “We’ve worked with this gentleman and his team before… and we are very pleased with their work, so we’re using the same people,” Reina explained.

Reina stated that the committee for the water tower originally chose the geese depiction because of the height of the water tower. Emblazoned on a 140-foot tall tower, the geese appear to be flying, she said. “The geese are very important to this area,” Reina added, in reference to the migratory pattern of the birds, which traverses through Katy.

Councilman Chris Harris applauded the plan. “We talk about maintaining the small town feel (of Katy) and how we’re going to be different than the rest of the Houston areas,” he said. “As growth comes around, we do have to separate ourselves.”

Reina anticipates that the project will begin in early March and be completed by the end of April.

Feb 27 2020
The Texas Economic Development Council (TEDC)announced the recipients of its annual Economic Excellence Recognition program for 2019. The awards were presented at a breakfast held Thursday, February 20, 2020,at the TEDC’s WinterConference. The two and one half-day conference was held February 19-21at the Hilton Hotel in College Station, Texas.   The Economi...Continue Reading 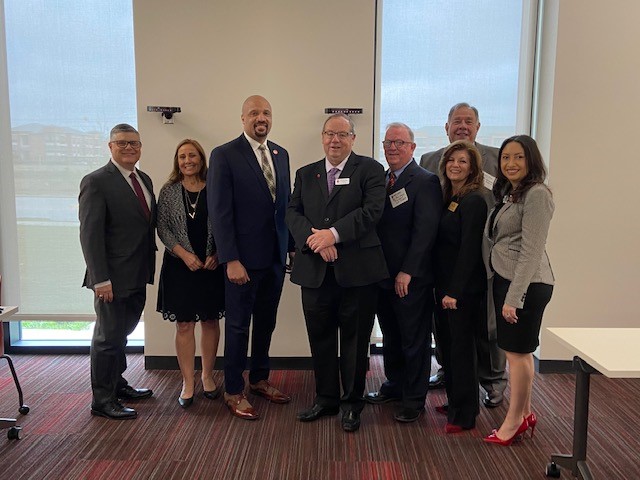 Feb 23 2020
On Tuesday, February 18, Katy Area Economic Development Council hosted its General Assembly meeting at the recently opened University of Houston-Victoria Katy facility (shared with University of Houston). UHV Katy served as the perfect setting for the meeting which centered on higher education opportunities in the Katy area with presentation...Continue Reading

Feb 21 2020
By: Melissa Correa - KHOU 11 KATY, Texas — An area high school is providing its students with a learning environment that will help them soar past the competition. A manufacturing and engineering competition. Students in Katy are getting the hands-on training NASA scientists dream about. And, it's all free. "It’s like a robotic...Continue Reading