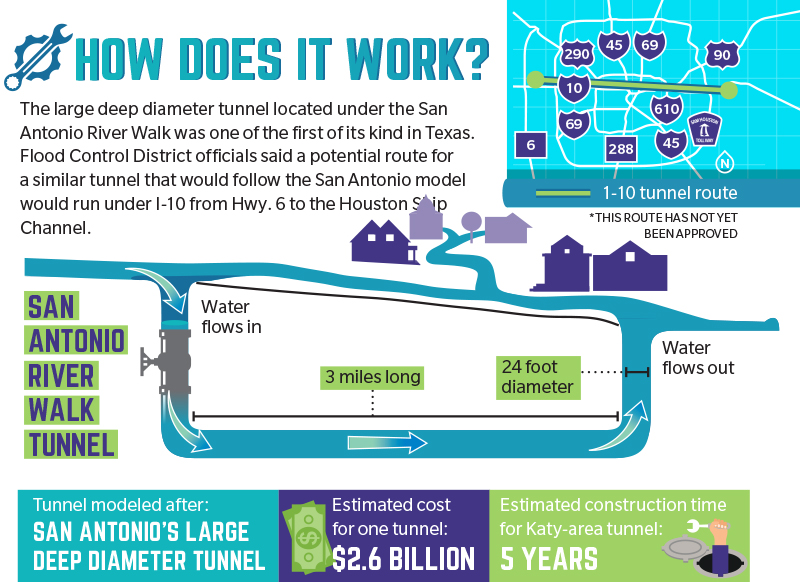 The Harris County Flood Control District was awarded funding for a feasibility study on building a flood tunnel.

The U.S. Economic Development Administration awarded 2018 Disaster Supplemental funding of $320,000 to the district to conduct the study, according to a Feb. 7 press release. The district will provide an $80,000 match for a total project cost of $400,000, said Matt Zeve, the deputy executive director for the flood-control district.

Large deep-diameter tunnels can move large volumes of stormwater in the case of a major storm event, Zeve told Community Impact Newspaper in August. These tunnels cost billions of dollars and take years to build but may significantly help with drainage throughout the Houston region, he said in August.

The district cannot use the grant money until the Harris County Commissioners Court votes to accept the grant, an action that may not happen for two weeks, he said. The district applied for the grant in August.

The grant will fund the four- to five-monthlong feasibility study that will determine whether a flood tunnel in Harris County is possible to construct based on local geological conditions, such as fault lines and soil, Zeve said.

“If this is an idea that can work and that can really help with major drainage and flooding issues in Harris County, we want to vet that out fully so that we know if we can add the concept of the idea of a deep tunnel … to our tool box,“ he said.

If the feasibility study concludes that a flood tunnel can be supported by Harris County’s geology, then the district will proceed to two additional studies to map out specific tunnel routes and the scope of the project, Zeve said. These additional studies will determine the cost of building a flood tunnel, the amount of water the tunnels can move, and where the water will be transported to and from, among other details.

These additional studies will cost about $2.5 million, and the district has already secured funds through the Community Development Block Grant Disaster Recovery program from the U.S. Department of Housing and Urban Development, Zeve said. The Texas General Land Office allocated $1.1 billion in funds to Harris County for Hurricane Harvey recovery through this federal grant program, he said.

“Once we get through this this little quick feasibility study, and if everything turns out positive, we will be ready to ready to move forward fairly quickly with Phase 2 and Phase 3,” Zeve said.

The flood district had previously contracted engineering firm Black & Veatch to put together a technical memorandum to help the district understand how a flood tunnel could work in Harris County.

The findings from the memo showed that a potential deep-diameter tunnel that ran about 23.5 miles under I-10 from Hwy. 6 to the Houston Ship Channel would cost about $2.6 billion.

However, Zeve stressed that only the second and third phases of studies will determine where a tunnel could be placed, how long the tunnel could be and how much the project will cost.

“I support this idea,” Zeve said. “I’m always trying to figure out new ways to deal with the problems I’m charged to deal with. It’s just we have to go through a very organized series of steps to [do our due diligence]. I don’t want to throw away millions of dollars on [additional]studies if we should have done this very first step to see if [the flood tunnel]can even be done in our area.” 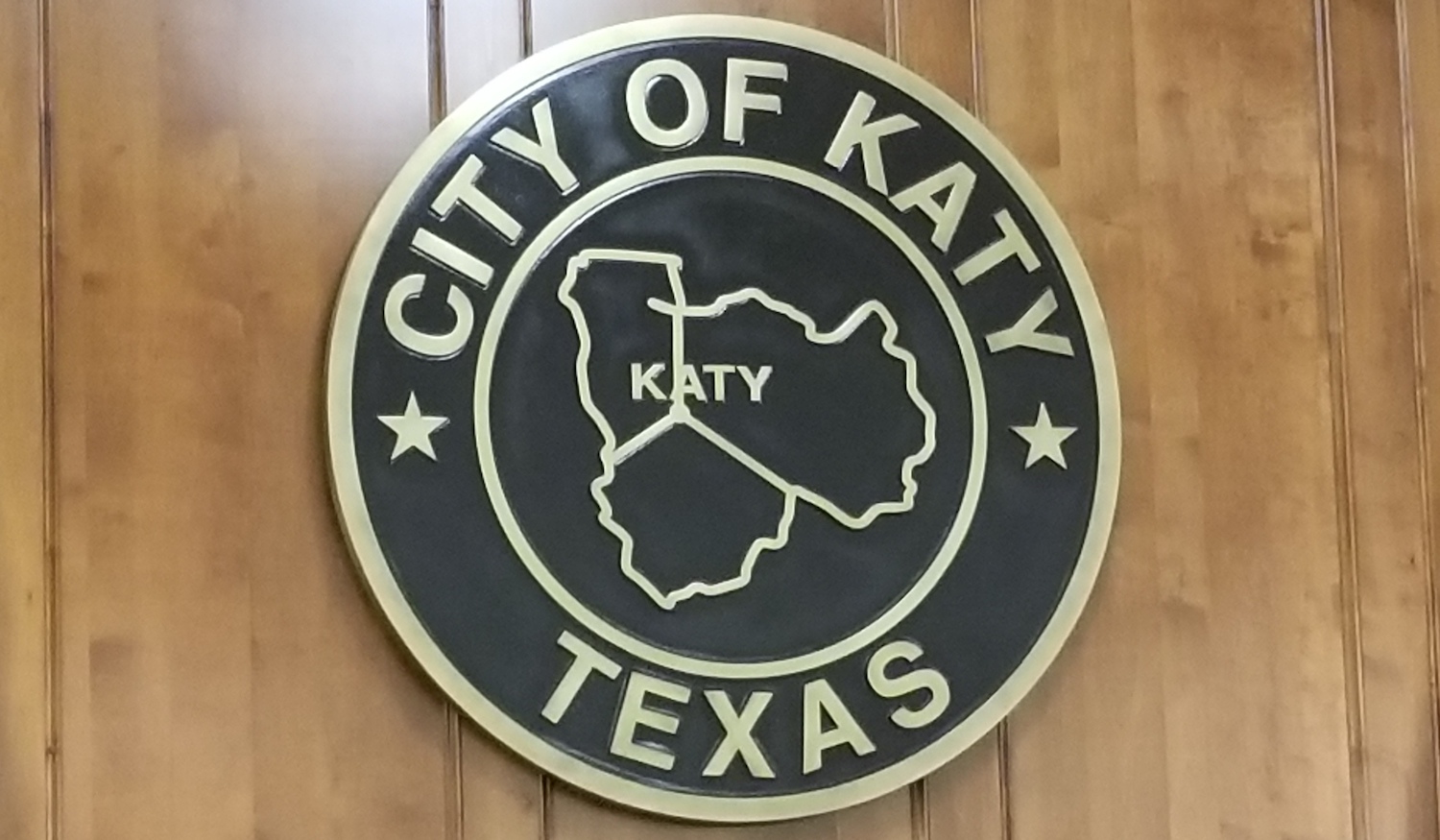 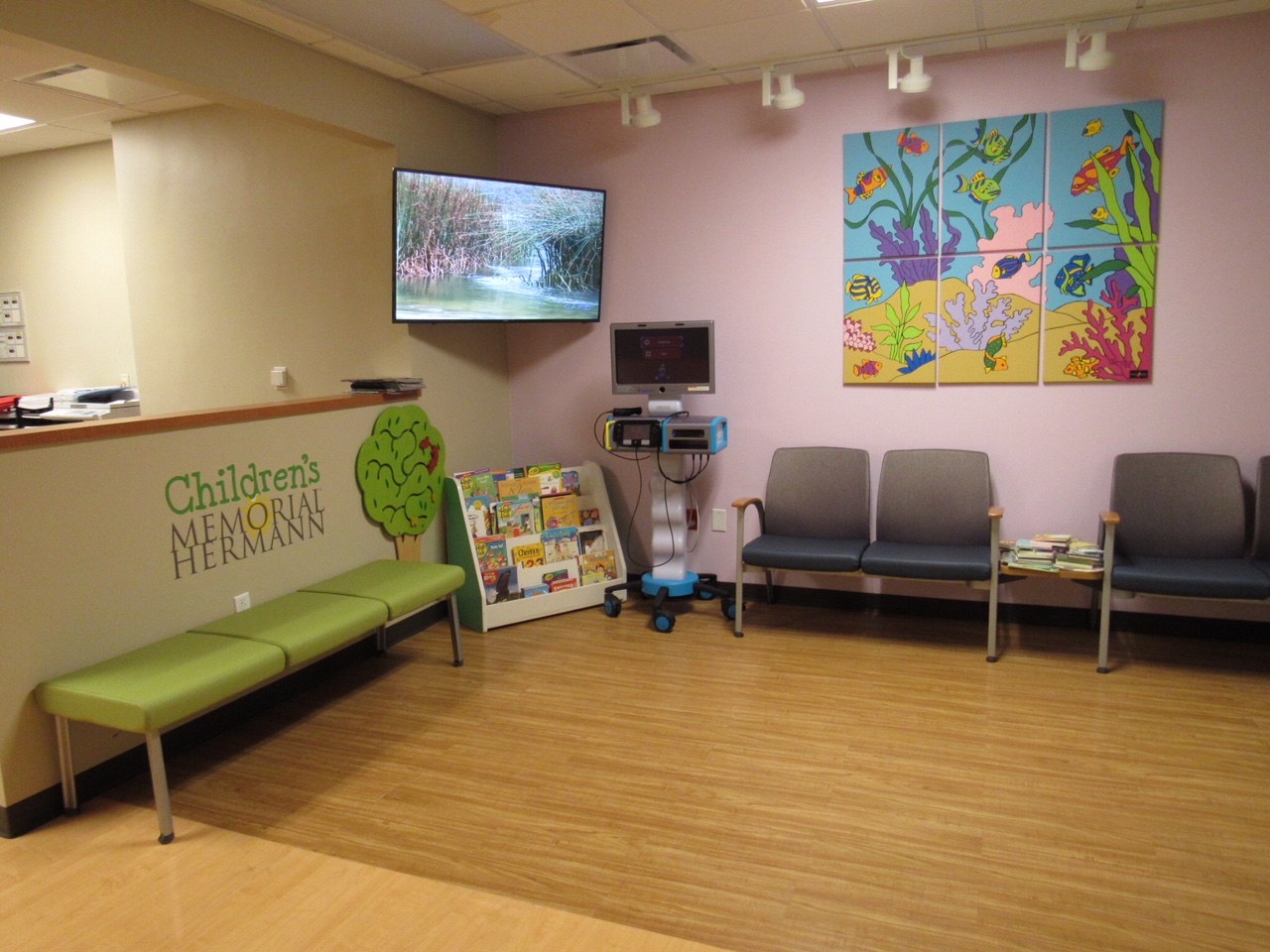 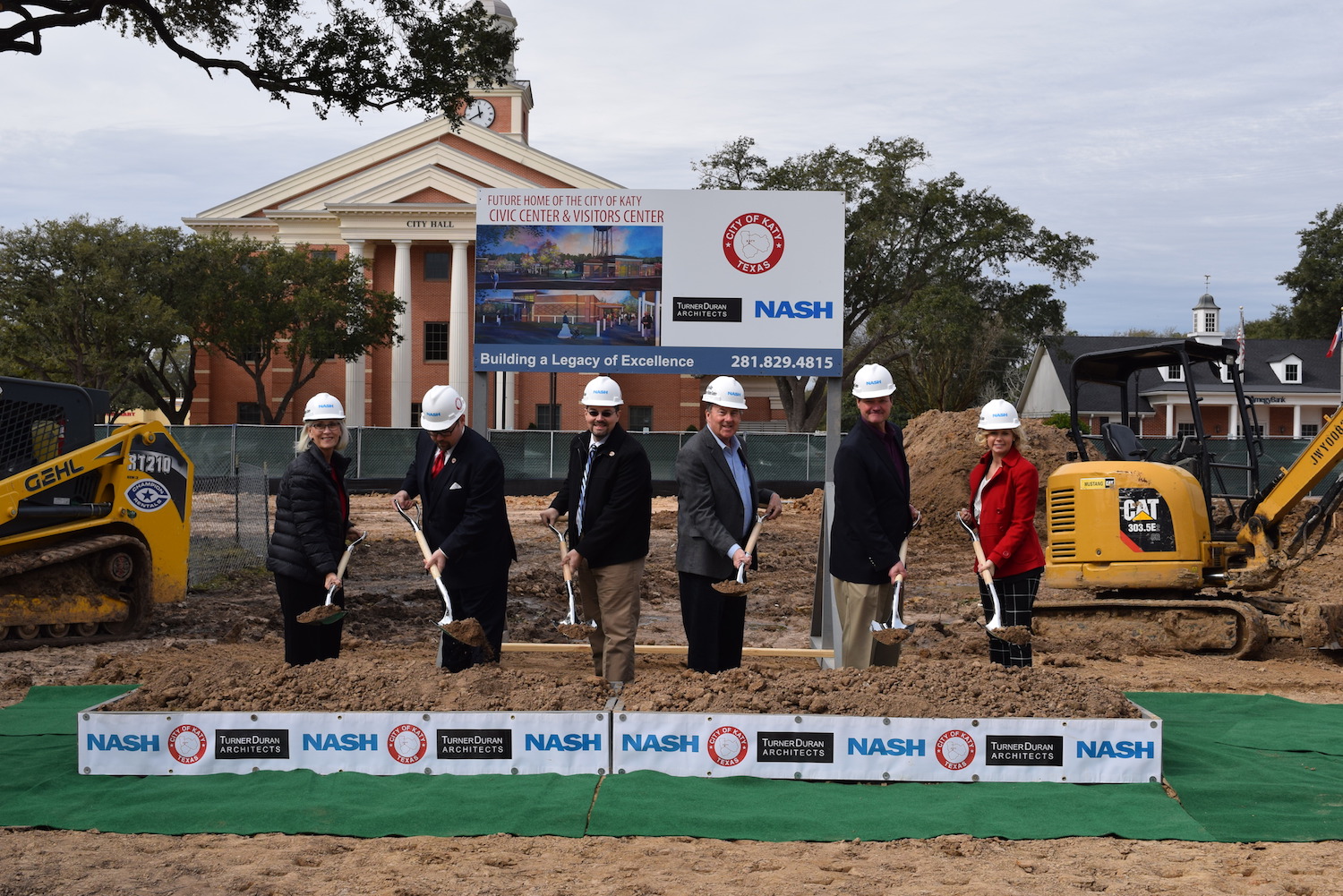